Pulled Over: What to Know About Deadly Police Traffic Stops

An investigation by The New York Times examined why traffic stops can escalate into fatal encounters and how hidden financial incentives increase the risks. This is what we found.,

When Daunte Wright was killed last spring by a police officer in Minnesota after being pulled over for expired registration tags, the case drew national attention. So have several other seemingly avoidable deaths of motorists.

Now, a New York Times investigation reveals the scope of such cases across the country — and why traffic stops for minor offenses can escalate into fatal encounters.

Here are some other key findings.

Many of the vehicle stops The Times reviewed began for common traffic violations like broken taillights, or for questioning about nonviolent offenses like shoplifting.

From there, things escalated. More than three-quarters of the motorists were killed trying to flee. In dozens of encounters, officers stepped in front of moving vehicles or reached inside car windows, then fired their guns, claiming self-defense.

In other cases, the police responded aggressively to disrespect or defiance, punishing what some officers call “contempt of cop.”

“We have got to take him out,” an Oklahoma state trooper declared over the radio in 2019 to patrolmen chasing a man suspected of shoplifting vodka. The officers forced his S.U.V. from the road, opened a door as it rolled slowly past and shot from both sides, killing the driver.

An investigation into traffic stops across America and the deaths of hundreds of motorists at the hands of police. 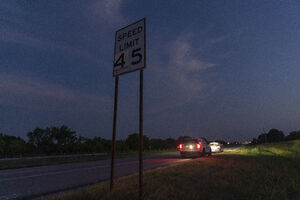 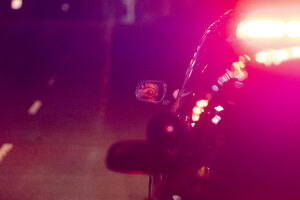 The Demand for Money Behind Many Police Traffic Stops 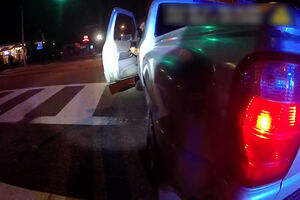 In case after case, officers avoided criminal liability when they claimed to have acted in self-defense.

In the roughly 400 deaths, five officers were convicted. Nearly two dozen cases are still pending. While prosecutors deemed most of the killings justifiable, local governments paid at least $125 million to resolve legal claims in about 40 cases.

Trainers often use misleading statistics and gory dashcam videos of drivers gunning down officers during traffic stops to teach cadets to be hypervigilant, The Times found.

“All you’ve heard are horror stories about what could happen,” said Sarah Mooney, assistant police chief in West Palm Beach. “It is very difficult to try to train that out of somebody.”

There are genuine risks, but studies have found that an officer’s chances of ending up dead at a vehicle stop are less than 1 in 3.6 million. Over the past five years, and at least 100 million traffic stops, motorists who had been pulled over killed about 60 police officers, primarily by gunshots, according to a Times analysis.

A financial incentive to stop motorists

Many communities rely heavily on ticket revenue to fund their budgets, effectively turning their officers into revenue agents searching for violations, even minor ones, to support municipal needs — including their own pay raises.

The federal government also contributes to the traffic stops with $600 million a year in highway safety grants that reward ticket writing. In applying for these grants, at least 20 states have used the number of traffic stops per hour to evaluate police performance, a practice that critics say encourages overpolicing.

In the deaths reviewed by The Times, Black drivers were overrepresented relative to the population. Kalfani Ture, a criminologist and former Georgia police officer who is Black, said overstating the risks to officers compounded racial bias.

“Police think ‘vehicle stops are dangerous’ and ‘Black people are dangerous,’ and the combination is volatile,” he said.

The problem is especially acute at so-called pretextual stops, he added, where officers seek out minor violations — expired registration, tinted windows — to search a car they consider suspicious.

Going beyond the ‘final frame’

Criminologists call it officer-created jeopardy when the police put themselves in harm’s way by stepping in front of a moving car or reaching inside a car window.

Many courts do not consider those circumstances, focusing only on the “final frame” when an officer pulled the trigger at a moment of imminent harm. That standard has given the police broad protection from legal accountability.

Some argue that judges and juries should scrutinize the actions of officers before they opened fire. The Times’s visual investigations team did just that, rewinding video from more than 100 deadly traffic stops and breaking down three cases in minute detail. The footage suggests that dozens of deaths could have been avoided had police officers not put themselves in danger.

Oxford School Shooting: What We Know

An Integration Plan Leads a Student to a New School: ‘His Whole Life Changed’